Uintah Basin Healthcare, Urban Tulip Studios and Ooh LaLa & Friends invite you to “Admire The Survivors” as we feature five local breast cancer survivors and celebrate all fighters and survivors here in the Basin to raise awareness for breast cancer. The purpose of this campaign is to both educate women on the importance of preventative screenings, and to inspire other women to feel comfortable in their own skin.

If you have experienced cancer or anything that caused your body to look different from how society says we should look, we challenge you to follow these brave, strong women and showcase your beauty.

In 2021, an estimated 281,550 new cases of invasive breast cancer will be diagnosed in women. At this time, there are more than 3.8 million breast cancer fighters and survivors in the United States. Early detection is key. To view guidelines from the American Cancer Society, click here.
Breast cancer is sometimes found after symptoms appear, but many women with breast cancer have no symptoms. This is why regular breast cancer screening including breast self-exams, clinical breast exams and mammograms are so important. Call to schedule your annual check-up today. (Women’s Health: 435.722.4652 or 435.781.2030  I  Women’s Imaging for Mammography: 435.725.2081)
DID U KNOW? We now offer Cancer Care Services. From chemotherapy to care planning, you’ll receive individualized support from our local cancer care team and Intermountain Healthcare oncologists via telehealth. Learn more!
Learn more about the cancer journey stories of these five incredible women… 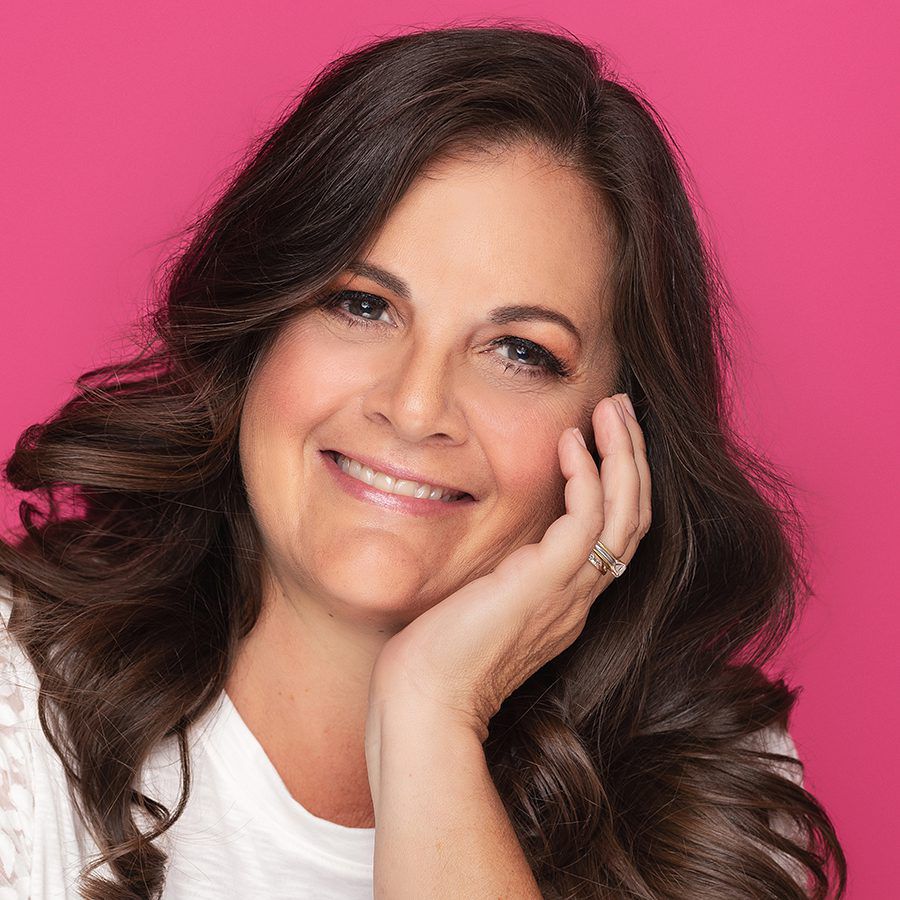 My name is Lauren Cullen. I am married to Brian, and we have 1 daughter, Talia and 3 dogs Minnie, Max, and Monty. I am a schoolteacher and live and work in Vernal.. [read more]

My name is Lauren Cullen.  I am married to Brian, and we have 1 daughter, Talia and 3 dogs Minnie, Max, and Monty.  I am a schoolteacher and live and work in Vernal.  In October 2019 I realized it had been a few years since I had a mammogram.  So, on Halloween, at the very end of breast cancer awareness month, I had my mammogram. After the mammogram, they asked to do an ultrasound.  I was surprised because I had not felt any lumps. After the ultrasound, they scheduled a biopsy. The wait for the news from the biopsy was excruciating. I kept thinking, this isn’t happening to me, we have no family history. Why me?  I was lucky to have had some friends that had gone through this before me. Neither live in Vernal, but both reached out immediately with knowledge and support.  As survivors we become a support network for the next.

Once I received the news that I had breast cancer, I had to decided what course of action to take. All I kept thinking was, how am I going to fit all of this in over Winter break!  I chose to have a double mastectomy December 17, 2019, and my team was amazing! Then reconstruction July 29, 2020, at the Huntsman.

I am 52 and almost 2 years cancer free.  The whole process was a whirl wind.  I am so happy that the lump was caught early.  I’m not sure how I would have made it through this whole process without the support from my family, my friends in Vernal and The Terra Academy. My coworkers jumped in and supplied meals and helped with my students.   It was the best feeling.  Cancer changes on you. It made me realized that life can change in an instant.   Live it to the fullest every day. Buy that horse, eat that cake, climb that mountain!

AND get your mammograms!!! Don’t let this sneak up on you!! 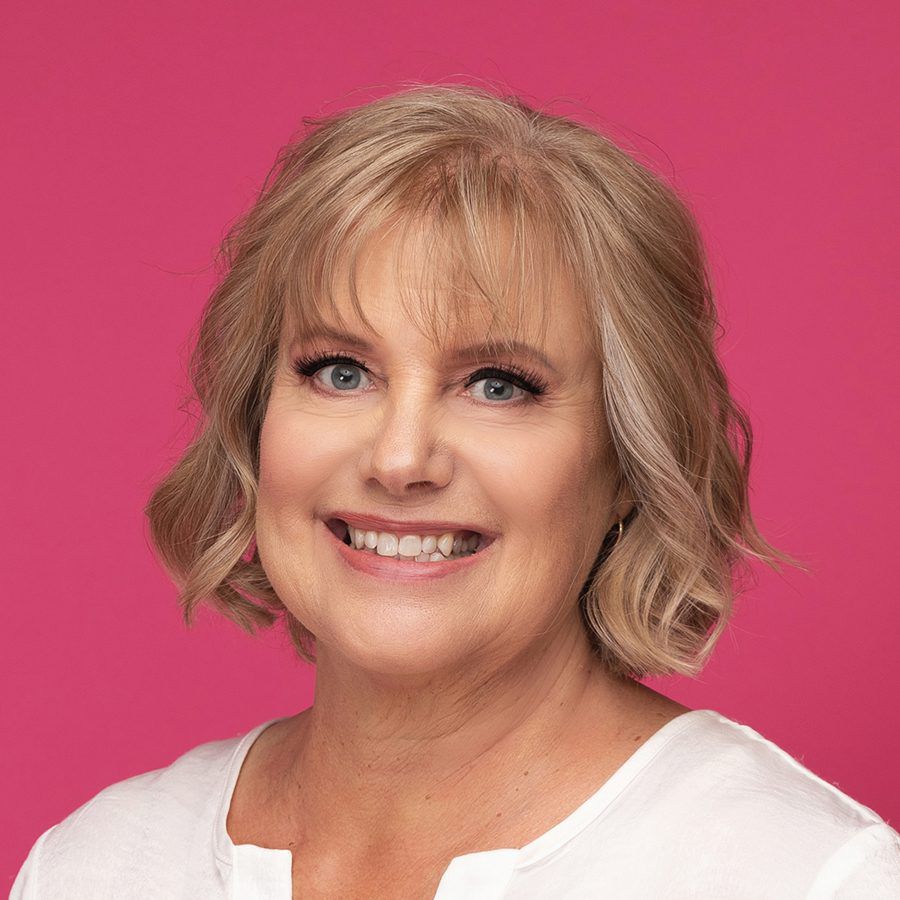 In March of 2009, I found a fairly large lump in my breast. The diagnosis was Stage 3 aggressive cancer. My world was turned upside down... [read more]

In March of 2009, I found a fairly large lump in my breast. The diagnosis was Stage 3 aggressive cancer. My world was turned upside down as I was scheduled for 6 chemotherapy treatments over the course of 18 weeks to shrink the lump.  Thankfully the chemo cocktail worked, and the lump was shrinking.  Next came the surgery to remove the lump along with 26 lymph nodes.  Soon I moved on to 7 weeks of radiation followed by a year of the miracle drug Herceptin. With the help of my faith, family, friends and medical treatment I am here 12 years later to tell my story. Through it all, there were days when I wasn’t sure if I had the strength to pull through.  I had met other women who had survived what I was going through.  They were such an inspiration to me.  I knew if they could win the fight, I could too.  And so can you! Elaine Gardiner 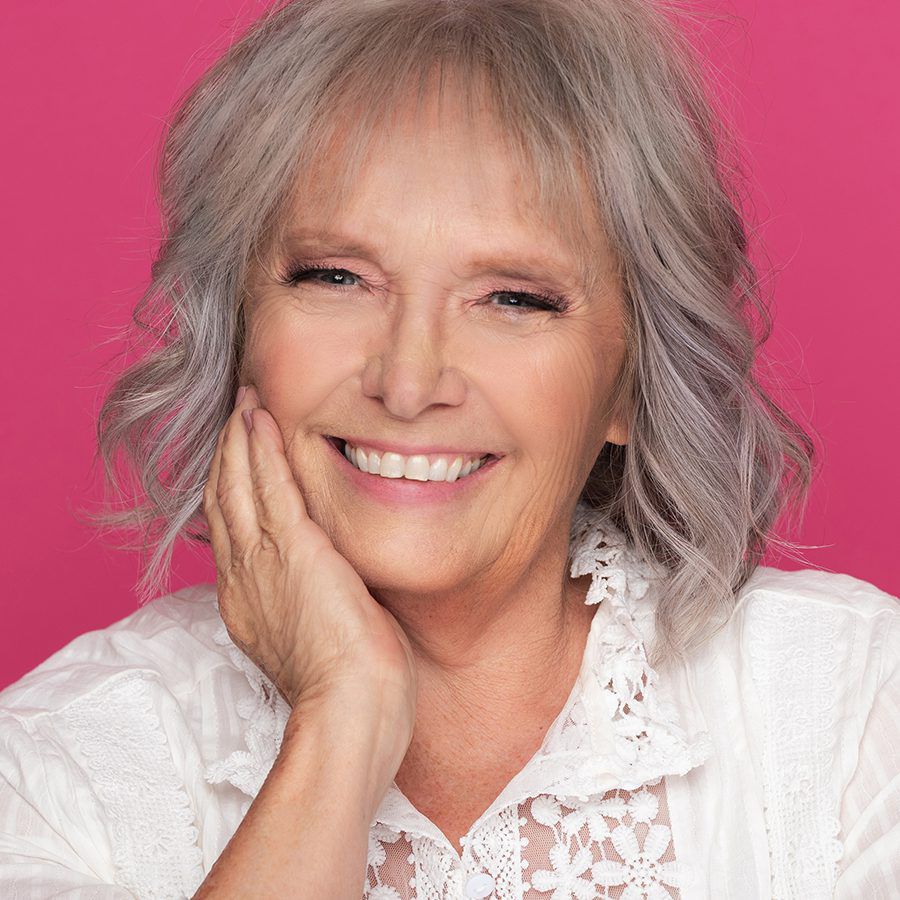 I always get a mammogram in October. It is my birth month and that kept me current on them. I was serving a mission for my church and had missed my mammogram in 2018... [read more]

I always get a mammogram in October. It is my birth month and that kept me current on them. I was serving a mission for my church and had missed my mammogram in 2018, so as soon as I returned, I made an appointment for November 6, 2019…just one day before my oldest grandchild’s wedding.

I had made up my mind to get an ultrasound if they asked. I seem to get them every year, and they hadn’t found anything in the past. I felt like they really didn’t make a difference, and I had trusted the mammogram to find anything strange.

I was on my way home when I got the call. “You need to come back for an ultrasound”… the words that came out of my mouth surprised me, “Okay, when?”. The tech said “now” and I was back there in 20 minutes.

Long story short, I had a biopsy and it was positive for cancer. I had a double mastectomy. Now to wait for the pathology report… it came back with good news as far as having cancer goes. It was T1-N0-M0 invasive ductal carcinoma and invasive lobular carcinoma.

I healed well and have the best oncologist, Dr. Derrick Haslem. He insures me I am doing well and headed to a complete recovery! I still take my meds and stay active. I am thankful for great medical care here in the Basin. 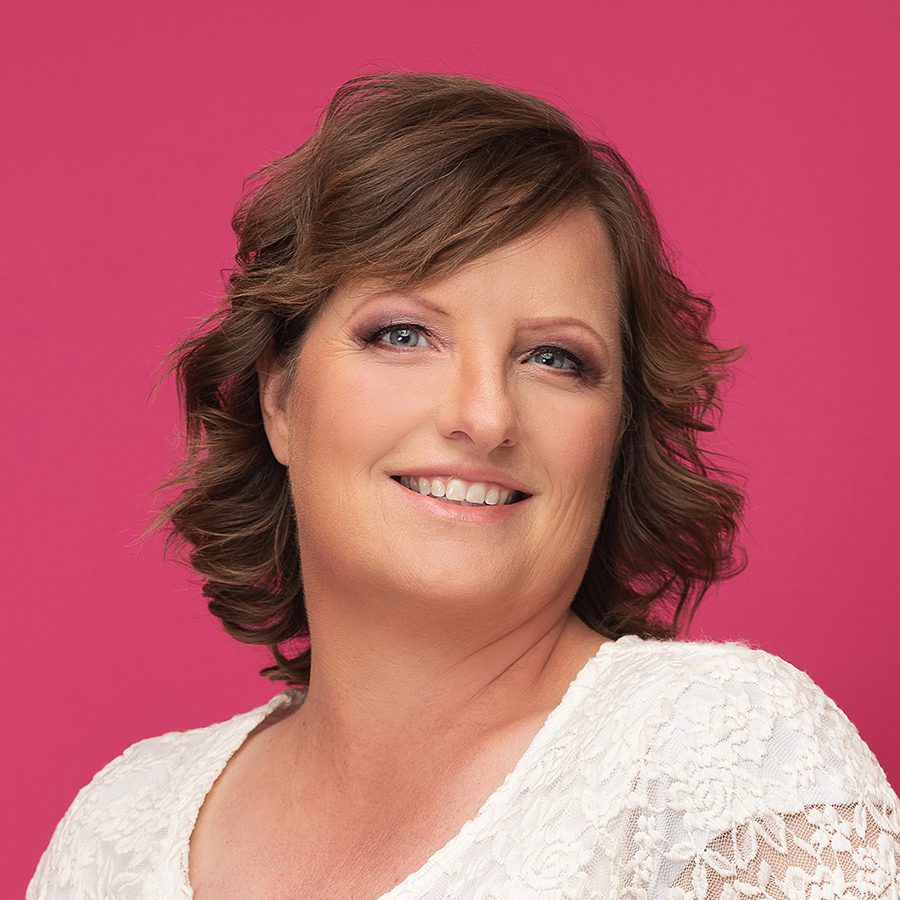 September 9, 2019 I was diagnosed with stage 2B triple positive invasive ductal carcinoma. I underwent six rounds of chemotherapy, lumpectomy, and 19 rounds of radiation.… [read more]

September 9, 2019 I was diagnosed with stage 2B triple positive invasive ductal carcinoma. I underwent six rounds of chemotherapy, lumpectomy, and 19 rounds of radiation. I had a 100% pathological response to my chemotherapy. I am happy and healthy and want to give hope to anyone fighting this disease. Be positive and find the good in every day. 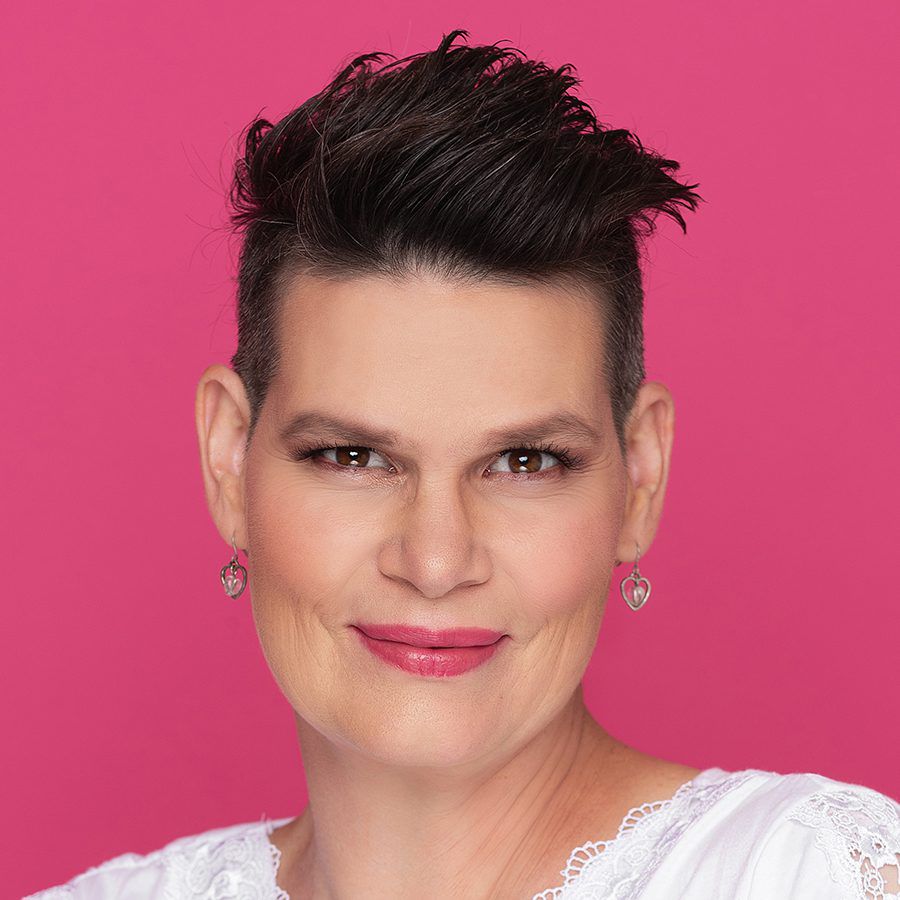 My name is Gayle Peel Jackson, I'm 46 years old, and live in Maeser, Utah. I'm married, and we have 5 children.… [read more]

My name is Gayle Peel Jackson, I’m 46 years old, and live in Maeser, Utah. I’m married, and we have 5 children.

In June and July 2019, I had been experiencing strong unusual pains between my breasts, and underneath them, which I felt was a prompting to see my doctor. My doctor found nothing suspicious, but a mammogram in July found 2 unusual spots in my right breast. After a second mammogram on August 5th, I had a biopsy done. The following morning, Dr Syndergaard called to tell me I had Invasive Ductal Carcinoma Stage1A. Next came a whirlwind of numerous doctor appointments at the Huntsman Cancer Institute in Salt Lake City, including ultrasounds of my lymph nodes and an MRI which showed more suspicious tissue. On September 23rd, and after much prayer, I chose to have a double mastectomy with immediate DIEP FLAP reconstructive surgeries. The pathology from the mastectomy showed further that my cancer was Triple Negative Breast Cancer (meaning it was not hormone-driven), and the only medicines currently available to treat it are Chemotherapies. Without doing Chemo, I would have had a 12%-15% of my cancer returning in 1-5 years. As I had young children, and also having a strong paternal family history of Breast & Ovarian Cancers, I chose to do Chemotherapy. Nothing about my Cancer Journey was easy, but going through Chemo might have been one of my greatest trials yet in life. I completed my last round of Chemotherapy on January 16, 2020, and have been Cancer-Free ever since according to my quarterly Oncologist exams. I finally finished the last phase of reconstruction in May 2021, as the worldwide-pandemic made that completion much more difficult.

I really had an easy time with my Breast Cancer compared to so many others, but it was an awfully scary & worrisome time in my life. During this whole experience, I have felt that prayers (mine & so many others’) plus a strong faith in the Guiding Hand of our Heavenly Father & his son Jesus Christ are what have carried me and my family through, for which I’m so grateful. I’m also very grateful to have gotten my odd pains checked out sooner rather than later.

I try to no longer take my life, or being able to see my husband’s & children’s faces, for granted. Each day being alive with my family is a wonderful gift, and while I don’t think about cancer daily, I know that its presence lingers in the back of my mind with the “what if’s.”  Early detection by a yearly mammogram is what helped me become the Breast Cancer Survivor that I am now. Please get yours yearly too.

It is a joy and an honor to stand with these women. Many thanks to Urban Tulip Studio, and the Ooh Lala Salon, as well as Uintah Basin Healthcare for this program. May God Bless You! With love, Gayle.