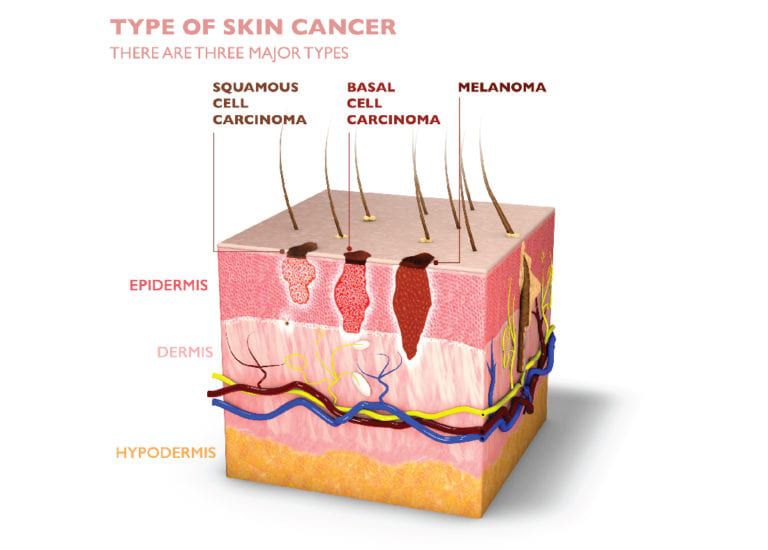 SKIN CANCER is the most common of all cancer types. More than 5.4 million skin cancers are diagnosed each year in the United States.

Skin cancers often don’t cause bothersome symptoms until they have grown quite large. Then they may itch, bleed, or even hurt. But typically, they can be seen or felt long before they reach this point.

Basal cell cancers usually develop on areas exposed to the sun, especially the face, head, and neck, but they can occur anywhere on the body.

Squamous cell cancers tend to occur on sun-exposed areas of the body such as the face, ear, neck, lip, and back of the hands, but they can occur anywhere on the body.

“One of the things that people most often present to me with is a sore that won’t heal… Most of the time, an injury is going to heal within 4-8 weeks or so. A rule of thumb: If you have a sore that won’t heal within 8 weeks, you should see your dermatologist or your primary care provider” stated Dr. John Blake, Dermatologist at Uintah Basin Healthcare.

Melanoma is much less common than some other types of skin cancers, but melanoma is more dangerous because it’s much more likely to spread to other parts of the body if not caught and treated early.

Melanoma is a cancer that begins in the melanocytes. Melanomas can develop anywhere on the skin, but they are more likely to start on the trunk (chest and back) in men and on the legs in women. The neck and face are other common sites.

It’s important to have a doctor check any new or changing skin growths, sores that don’t heal, or other areas that concern you.